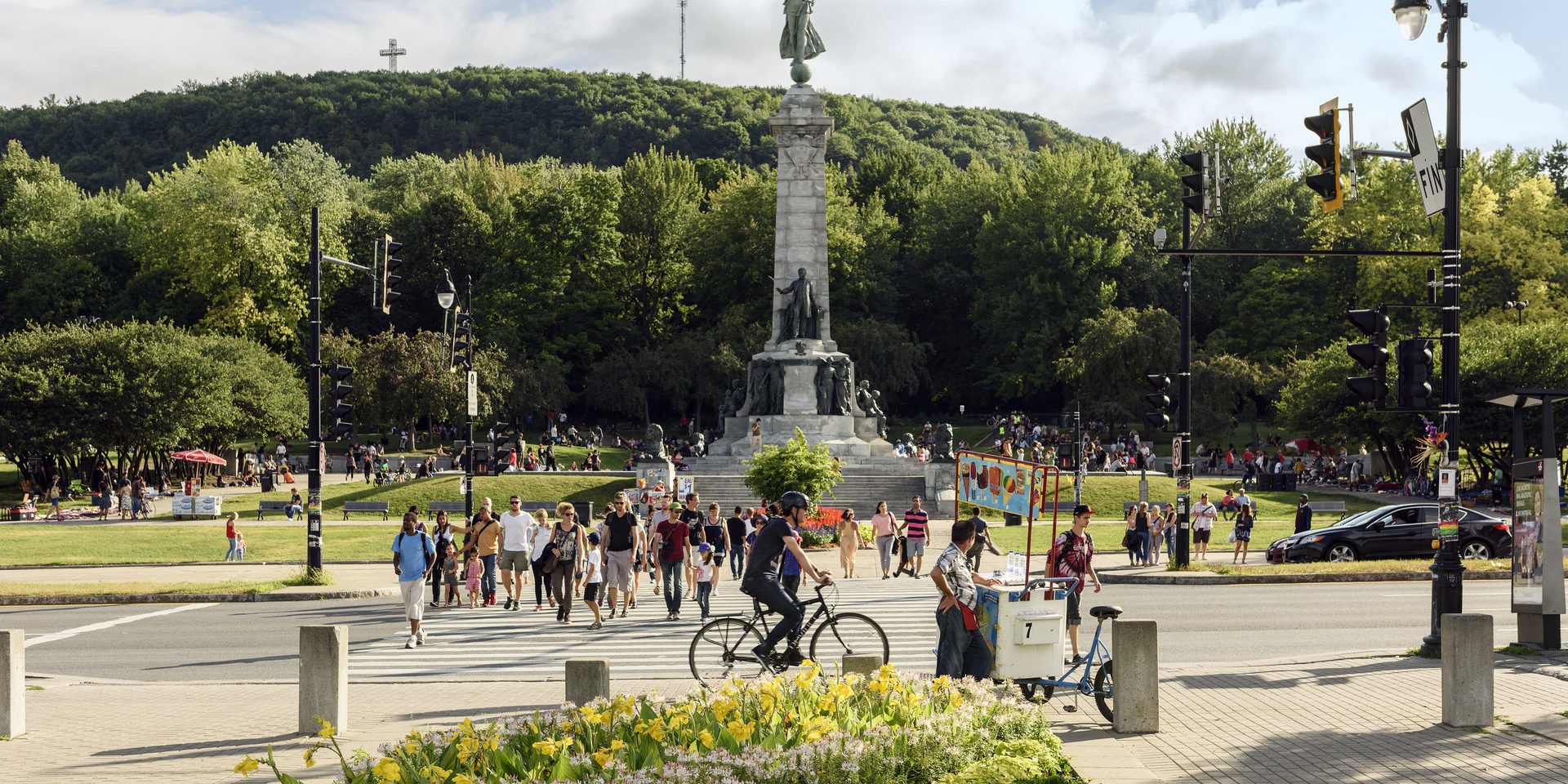 Dating back to Montréal’s beginnings in the 17th century, the cobblestone streets, city squares and churches of Old Montréal are home to some of Montréal’s most famous icons – you might just discover a few Pokémon, potions, eggs and PokéBalls hiding among them. Meanwhile, the historic Old Port of Montréal is Pokéstop central. Check out the Montréal Science Centre and its hands-on activities and exhibitions or explore ancient underground archaeological excavations at Pointe-à-Callière, Montréal Archaeology and History Complex. Find your way through the SOS Labyrinthe, ride the MTL Zipline or play on aerial ropes course Voiles en Voiles.

If you’re in the Old Port or in Parc Jean-Drapeau, speed your hunt up on an Ecorecreo electric bike, quadricycle or Segway or take to the water with a pedal boat or kayak. And with free, city-run MTLWiFi downtown, in Old Montréal, in major shopping districts and beyond, as well as free Wi-Fi at Parc Jean-Drapeau, catching Pokémon is smoother than ever in Montréal.

Pokémon have also invaded downtown Montréal. Catch them in the Quartier des spectacles, where art and activities brighten Sainte-Catherine Street and the Place des Arts esplanade, especially during family-friendly summer festivals such as Festival International de Jazz de Montréal, the Just For Laughs Festival and MONTRÉAL COMPLÈTEMENT CiRQUE and winter festival MONTRÉAL EN LUMIÈRE. Check out the massive fountain inside Complexe Desjardins. Stroll through Montréal’s Chinatown to see historic sights, have a great meal and find a Pokéstop or two. Stroll the city streets through downtown to the St. Lawrence River on the Promenade Fleuve-Montagne path. And join forces for an A/Maze Escape Games where you might just nab some Pokémon as you’re solving the game’s puzzles.

Known for its stunning city views, leafy forest paths and fresh air right in the middle of the city, Mount Royal Park is also a great place to play Pokémon GO, as is beautiful Parc La Fontaine in the Plateau and the Montréal Botanical Garden and Parc Maisonneuve next door. Nearby, explore the Esplanade of the Olympic Park and Rio Tinto Alcan Planetarium and catch the sights from the Montréal Tower at Olympic Park – for more bird’s-eye views of the city, ride La Grande Roue de Montréal in the Old Port and take the elevator up 40 floors to the Observatoire Place Ville Marie downtown. Or head over to La Ronde amusement park on Île Sainte-Hélène – ride thrilling rollercoasters and discover five Pokémon GO training gyms and over 35 Pokéstops scattered all over the park.

Discover colourful produce and locally made food at Montréal’s public markets, including Jean-Talon Market and Atwater Market, where Pokémon have been rumoured to hide. Also check out seasonal markets and outdoor spaces including Jardins Gamelin outside Berri-UQAM metro station (walk east from there under the rainbow in the Gay Village), Village au Pied-du-Courant near the Jacques-Cartier Bridge (also a great place to watch summertime fireworks competition L’International des Feux Loto-Québec) and the Old Port’s Marché des Éclusiers – they’re great for catching Pokémon, hearing live music and having a drink and a bite to eat. And go exploring the urban landscape with your phone on foot or by bike in the Plateau and Mile End neighbourhoods.

Whether you’re seeing the city sights, relaxing in the parks or going shopping, you won’t have to look far for all kinds of Pokémon GO adventures.